WKRS 435 Along the sands, rain now dyes the mottling of the grass; / across water’s surface, breezes drive the swishing of the waves.
WKRS 436 His Shih’s complexion—today, where it is found? / It must be here, on the hundred grasses, waving in spring wind.
WKRS 437 His gourd and rice dish are often empty, / and grasses flourish in the lane where Yen Hui lives. / He resides deep among the weeds and brambles, and rain moistens the doorposts of Yu(umlaut)an Hsien’s hut!
WKRS 438 The colors of the grasses as snow clears / begin to spread around; / the songs of birds as dew is warmed / gradually warble forth.
(Rimer 1997, pp. 133-134) 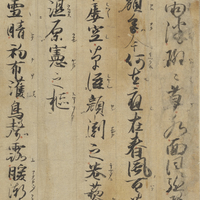 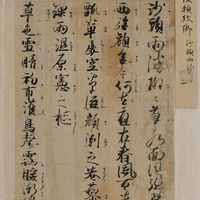