Genji Monogatari XI Hanachirusato: The Lady at the Villa of Scattering Orange Blossoms
Genji’s private travails seemed to be weighing constantly on this mind, and because life in general at the palace had become irksome, the turmoil in his heart only grew worse. He felt isolated and alone and considered the court an utterly detestable place. Still, as much as he might have been inclined to turn his back on it all and take religious vows himself, there were just too many things that kept him attached to the world. One of his late father’s imperial consorts, a woman who had resided in the apartments of the Reikeiden, found her circumstances increasingly difficult following the Emperor’s death because she had given him no children. Genji was moved to compassion by her dire situation and tried to help by discreetly assisting her financially. (Washburn 2011, p. 241) 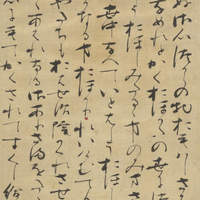 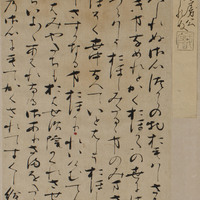