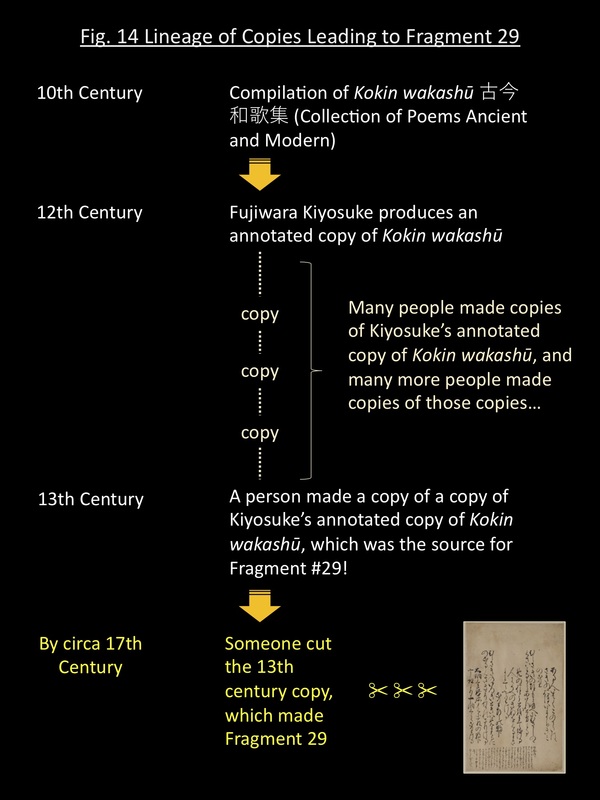 See the writing in small characters at the bottom margin of the fragment (Fig. 15, see below). This is not original to the tenth-century anthology. It is a note added by Kiyosuke as he copied the anthology in the twelfth century. It explains the episode from a Heian-period novel called the Tales of Ise (Ise monogatari 伊勢物語) that quotes a poem from Kokin wakashū. The second poem on this fragment is the poem that is quoted. 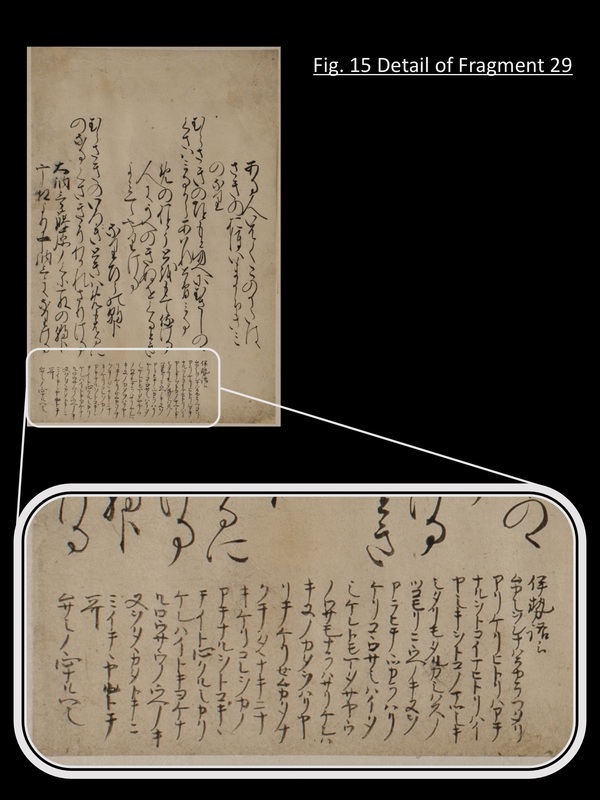 Kiyosuke filled his copy of the anthology with this type of annotation exploring answers to questions such as: what is the relationship between Kokin wakashū and other poetry anthologies and narrative tales; and how was Kokin wakashū compiled? These are questions scholars of Japanese literature still grapple with even today. It is amazing that Kiyosuke was already asking these questions 800 years ago.

As you can see, in order to leave enough room for annotations at the top and bottom margins, poems from the original anthology had to be copied in two lines (Fig. 16, see below). 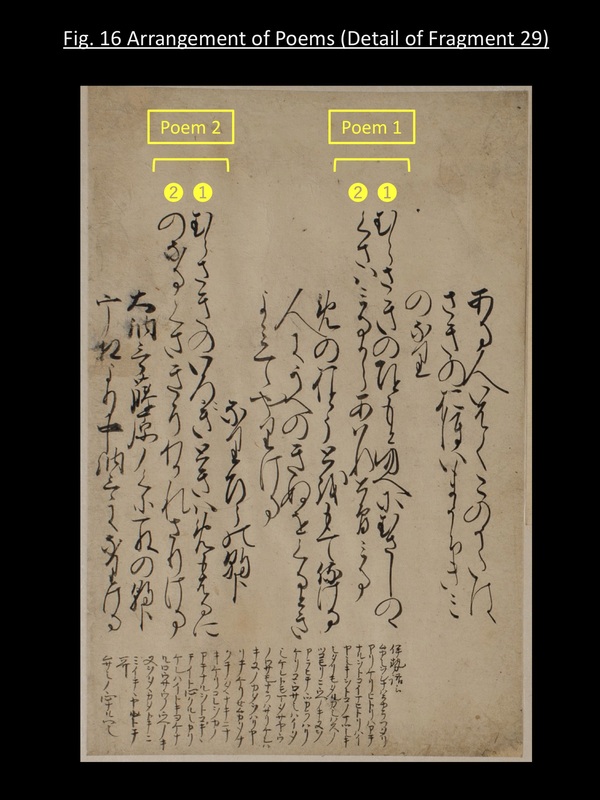 This layout would have required more paper than copying each poem in a long single line. For much of Japanese history, paper was an expensive commodity, so, it would have been more costly to produce a copy in this format. The spacing between each line in this fragment is much narrower than what one might find in a typical copied book from this period, which could have been a choice made by the anonymous copier to conserve as much paper as possible.