The “Establishment of the Standard Tekagami Format” already explained the general principle of organization that the Oregon Tekagami follows. When we examine each of the two-page-spread pages more closely, we realize that there are many places where this tekagami deviates from the convention.

As an example, let us look further at pages 10-11 of the front side (Fig. 9, see below). This two-page-spread page holds a total of five fragments. Four of the fragments are attributed to the members of the Konoe family, which was one of the five powerful houses of regents (go sekke 五摂家) to the emperors beginning in the Kamakura period.

The two oblong tanzaku pieces at the center come with signatures by Konoe Hisamichi 近衛尚通 (1472-1594; Fragment 23) to the right and his son Taneie 稙家 (1503-1566; Fragment 24) to the left, indicating that they are likely the authentic hands of these individuals.

The two shikishi poetry cards to either side of these tanzaku are attributed to Konoe Sakihisa 近衛前久 (1536-1612; Fragment 26) to the bottom left of Taneie’s, and Nobutada 信尹 (1565-1614; Fragment 21) to the right of Hisamichi’s. Sakihisa is Taneie’s son, while Nobutada is the son of Sakihisa. These four fragments, therefore, represent the four generations of the Konoe family beginning with Hisamichi. So far, so good. 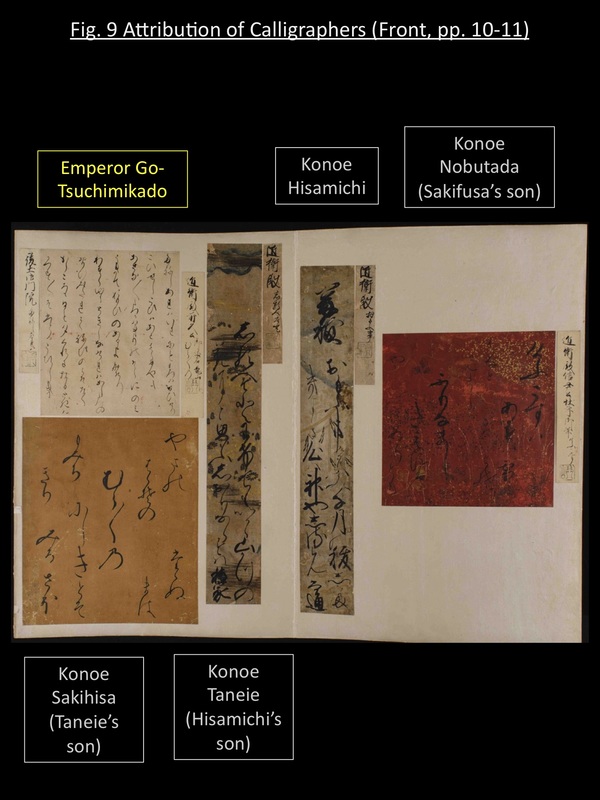 What throws a monkey wrench into this otherwise textbook organization is the fragment at the top left corner attributed to Emperor Go-Tsuchimikado (1442-1500; Fragment 25). If pages 10-11 were strictly following the standard organizational principle, then a fragment assigned to an emperor does not belong here but earlier in the album with other emperors. In fact, on pages 4-5, another fragment attributed to Go-Tsuchimikado appears along with those of other emperors (Fig. 10, see below). 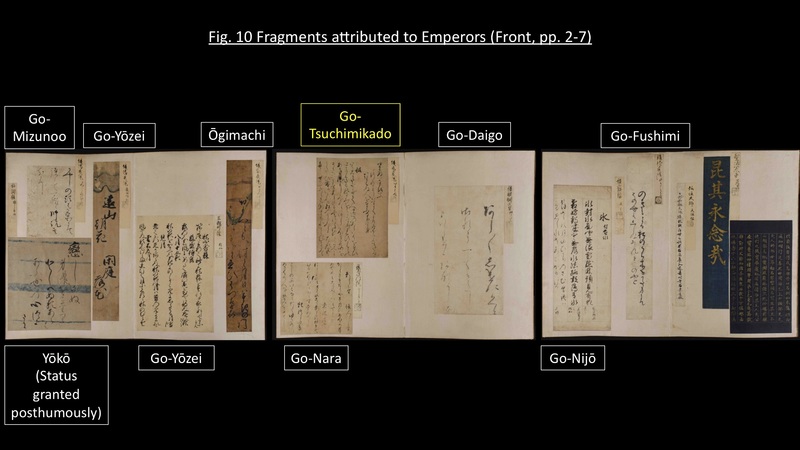 At first glance, Fragment 25 and its accompanying kiwamefuda give the impression that they are a little too large for this space. Observe how close the kiwamefuda is to the left edge of the album page, and there is virtually no breathing room between the slip and the fragment itself. For this reason, one must first suspect the possibility that Fragment 25 was added here after the initial assemblage of this tekagami.

As explained in “Practice of Pasting and Repasting,” this type of repasting was common in tekagami assemblage. On the other hand, there are no other definitive signs of repasting, such as damage to the album itself or glue smudging from earlier pasting. Rather the way in which the kiwamefuda for the Fragment 26 (the shikishi poetry card immediately below Fragment 25) is positioned perfectly centered between Fragments 24 and 25 suggests that the location of Fragment 25 is where the initial owner wanted it (Fig. 11, see below). 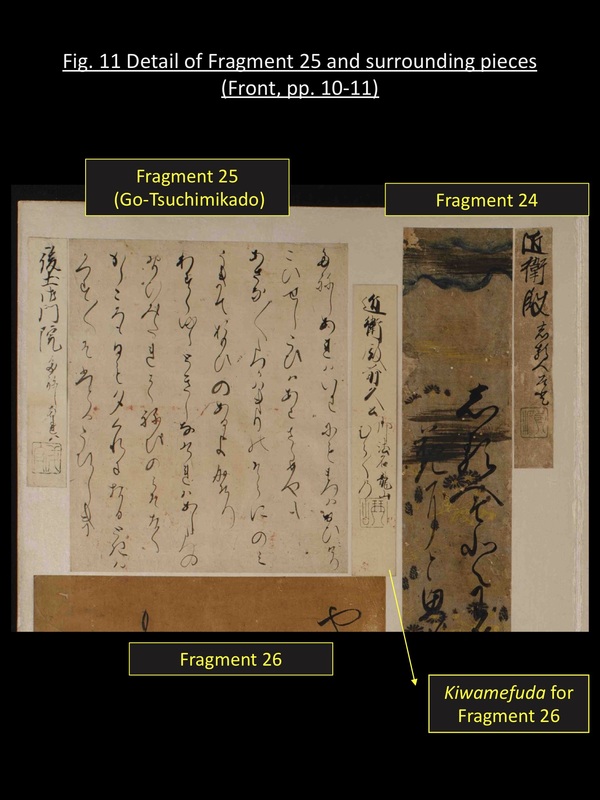 Intriguingly, although this arrangement does not adhere to the standard convention of the tekagami pasting, it is still not completely without logic. Historically speaking, Konoe Hisamichi served as the chief advisor (kanpaku 関白) to Emperor Go-Tsuchimikado between 1493 and 1497. In other words, the arrangement we see arguably still preserves the spirit behind the standard organization principle as a microcosm of the social relationships between calligraphers by featuring Konoe Hisamichi, his successors, and one of the emperors he served. 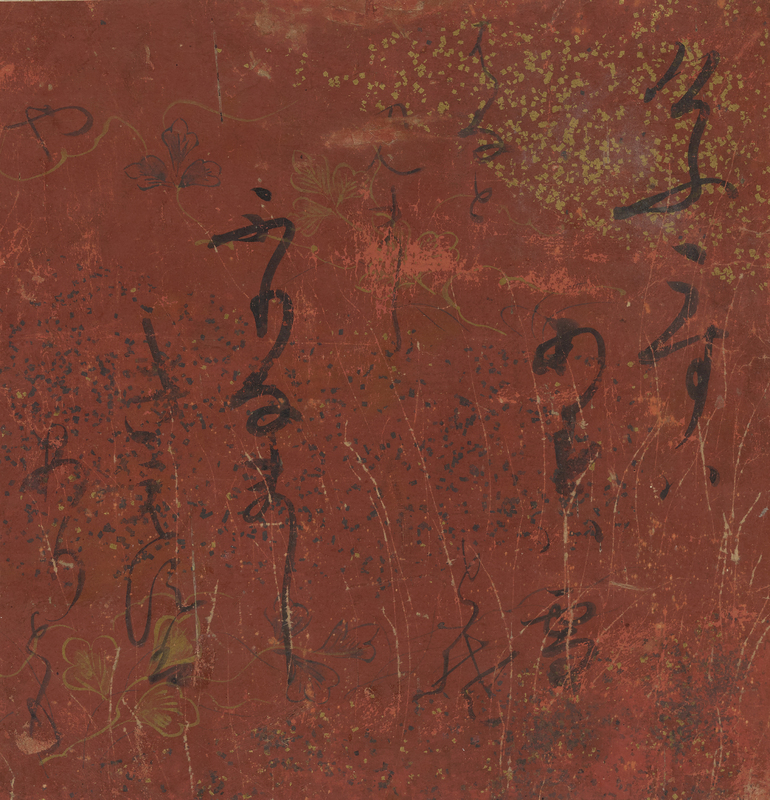 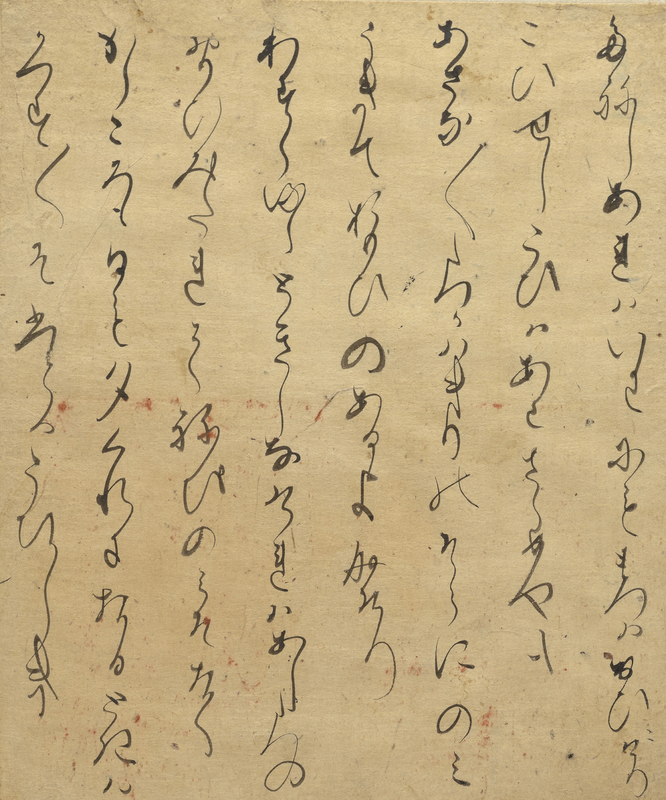 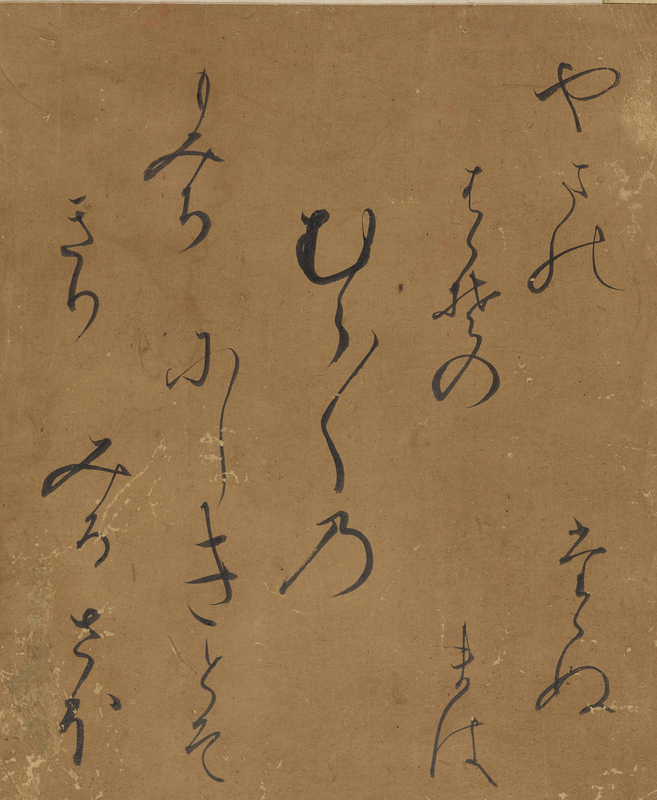