Sutra copying (shakyō 写経) could have been an everyday devotional act (or presently, even a tourist attraction at a temple for a modest fee). Typically, a sutra-copying project began with a vow that included a wish that one would pray to be fulfilled upon successful completion. One could have vowed to carry out the project all on one’s own or as a group— to calligraph the scriptures oneself or to choose to commission it to professional scribes. Regardless, the merit was considered to be equally great.

Because it took time and material, elaborate sutra-copying initiatives were events incurring significant investment of money and the manpower of either oneself or someone else. As discussed in “Ornamenting Buddha’s Words: Sutra Copying and Paper Decoration,"  historically many sutras were copied on luxuriously decorated paper and with not just ink but gold and silver pigments to glorify the words of the Buddha. These additional embellishments did not come cheap. 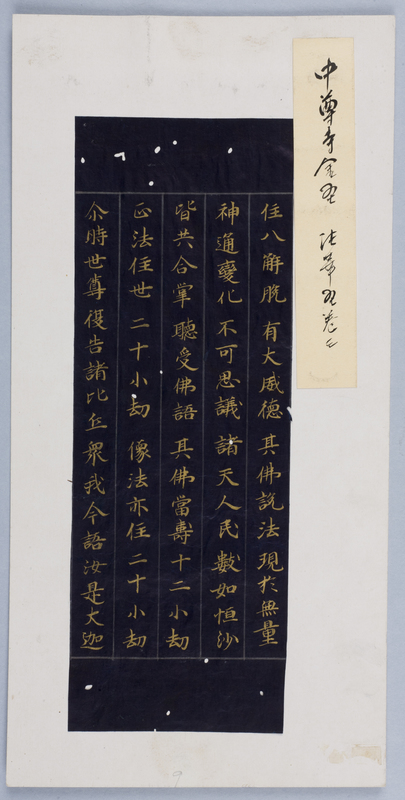 Monumental sutra-copying projects typically involved copying of the entire canon of Buddhist scriptures (issaikyō), copying a single but extremely long sutra, such as the 600-fascicle Sutra of the Perfect Wisdom (Hannya haramitta kyō 般若波羅蜜経), or making many copies of a single sutra (e.g. one thousand copies of the 8-fascicle Lotus Sutra). The examples included in the JSMA collection allow us to grasp the varying circumstances that instigated such daunting undertakings.

For instance, Fragments X2010:1.1 and 1.16 derive from the same sutra-copying project initiated in 1148 by a monk, Nensai 念西 (fl. 12th century), from a temple called Ishiyamadera 石山寺 (Shiga Prefecture). In order to carry out his project, Nensai collected older copies of sutras. More than half (about 65%) of the sutras he collected dated from the eleventh and twelfth centuries. However, the oldest datable sample dated as far back as 730.

Over time, Ishiyamadera became a hub for the study of Buddhist scriptures. So, the collecting of Buddhist texts continued long past Nensai’s lifetime. Many scrolls and codices left the temple under varying circumstances, but even today, Ishiyamadera holds about 600 examples of Muromachi-period sutra copies, in addition to 310 from the Nara period and about 3,000 from the Heian period (you can find pictures of the inside of Ishiyamadera’s present sutra repository on the temple’s website). 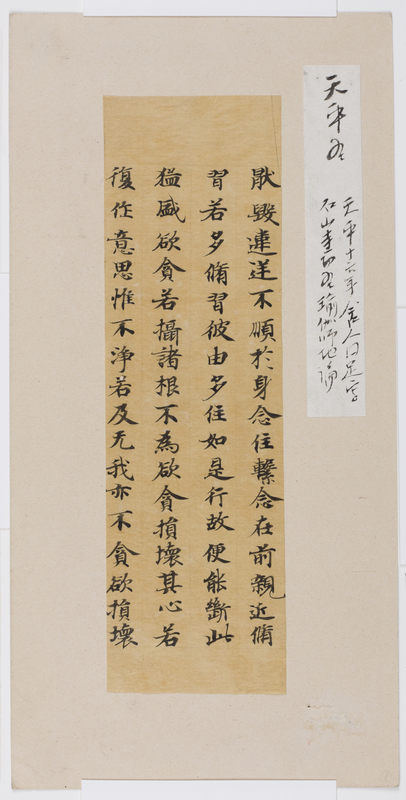 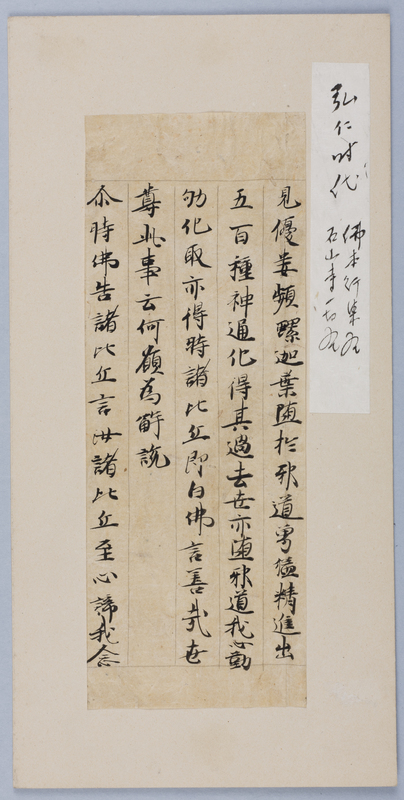 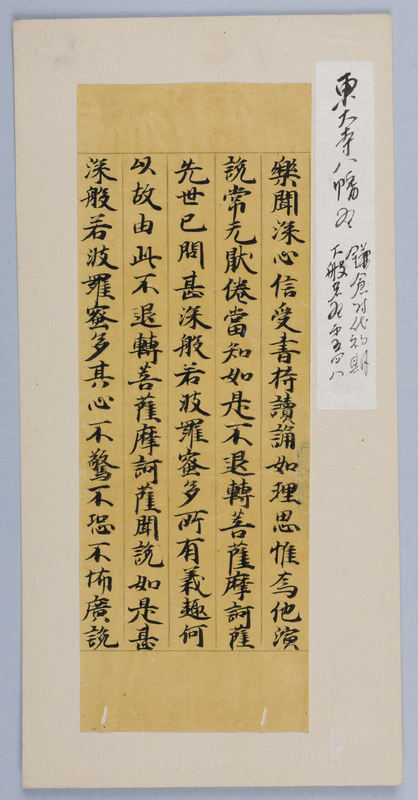 The Geirinsō slips for both 1.1 and 1.16 identify the fragments as part of the Buddhist scriptures amassed to Ishiyamadera, except they are from different periods. Fragment 1.1 derives from a copied sutra datable to 744 that was commissioned by a man named Toneri no Kunitari 舎人国足 (fl. mid 8th century), while 1.16 is from the beginning of the Heian period, most likely circa 810s-820s.

Monumental sutra-copying projects were not just the purview of men. Despite (or perhaps because of) the gloomy position many Buddhist scriptures take on the salvation of women, through the history of Japanese Buddhism, secular women and nuns of all walks of life were often the most passionate followers of the religion. In fact, the first Buddhist practitioners on the Japanese archipelago after the introduction of the religion in the sixth century were three women, who traveled to the Kingdom of Baekje on the Korean peninsula to study the religion and returned as nuns. Documental evidence attests that many devout women led impactful Buddhist projects, including that of copying sutras.

Fragment X2010:1.20 is an example of one such project. The Geirinsō slip identifies this piece to have been part of the so-called Tōdaiji Hachiman Sutra (Tōdaiji Hachiman-kyō 東大寺八幡経). This was a sutra-copying project initiated by a nun, Jō Amidabutsu 成阿弥陀仏 (fl. circa early 13th century), to commemorate the reconstruction of Tōdaiji after its devastation during a war at the end of the twelfth century. Jō Amidabutsu spearheaded the fundraising campaign for this project, to which lay and ordained devotees contributed funds for both copying of the sutra and building of the repository to house it upon completion. The monks from Tōdaiji took up the brush and copied the 600-fascicle Sutra of the Perfect Wisdom. The copying started in 1226, and when the project was completed, the set was offered to the Hachiman Shrine that enshrines the protective deity of Tōdaiji, the God of Hachiman.